A downloadable game for Windows, macOS, Linux, and Android

Please take note that this is an early access to our game and you can only play the prologue at first. The chapters from the playable characters will be updated at later date.

The recent game contains NSFW images. You have to be an adult in your country for to play this game ;-) 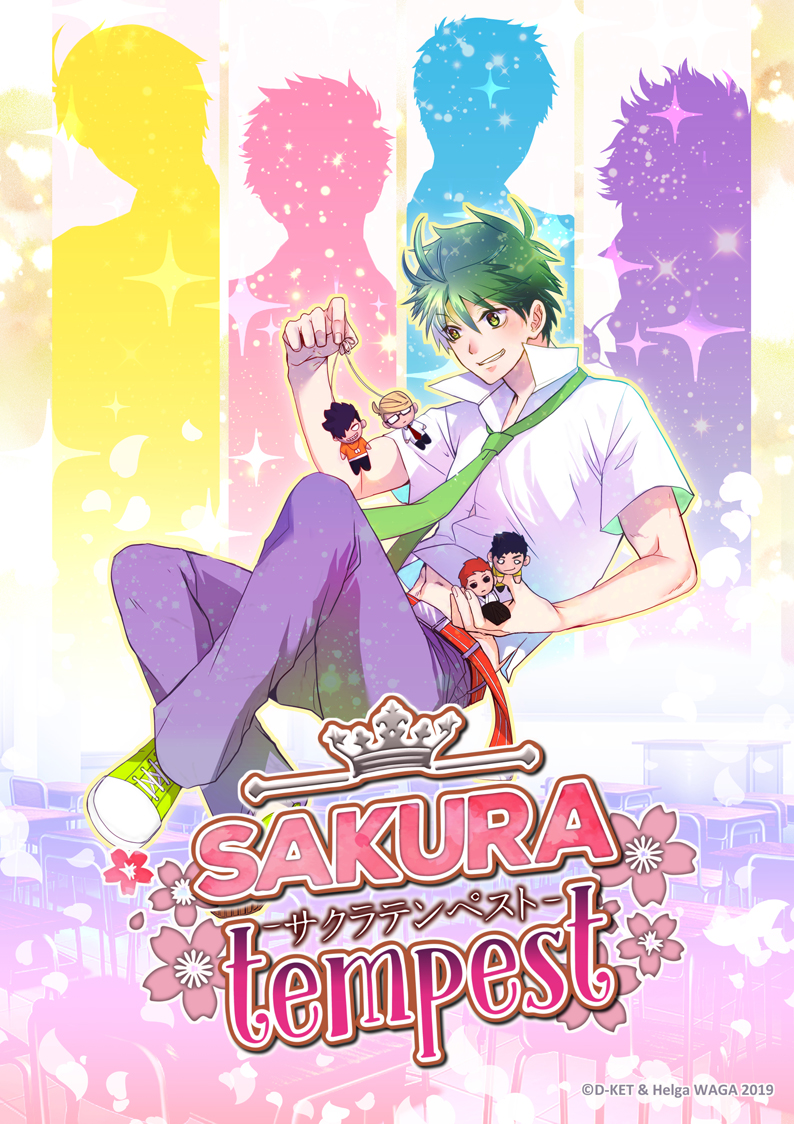 What is Sakura Tempest?
You will be playing Shōtarō, an average boy trying to survive his college years. Through his first year at his new college, many adventures await him – especially once he gets involved with four handsome upperclassmen!
Will he spent summer in the mountains with his childhood friend? Or train with the sports club? Or maybe go to the beach with the student council? Or get in trouble with a certain delinquent?

Either way, what's awaiting Shōtarō at the end of the day with the suitor of your choice is completely up to you!
Follow the main character Shōtarō's everyday life and meet his friends and possible love interests!

After completing the prologue you will be able to choose a suitor.
Your choices will influence Shōtarō's college experience and his personal life!

There are multiple endings and outcomes, depending on how you'd like to play!

Sakura Tempest takes place in Shōtarō's first year in college.
The player has to guide him through challenges and tests of courage, but also through fun times at the training camp or during summer trips.
The length of the game depends on which route you take and the ending is the product of your choices throughout the game.
Of course, the more you deepen the relationship with a dateable character, the more romantic but not necessarily more G-rated your ending will be.

You can choose between the following characters:

+ the noisy delinquent
+ the handsome but distant prefect
+ the mysterious captain of the sports club
+ the loyal childhood friend
+ BONUS CHARACTER: the crafty nurse! 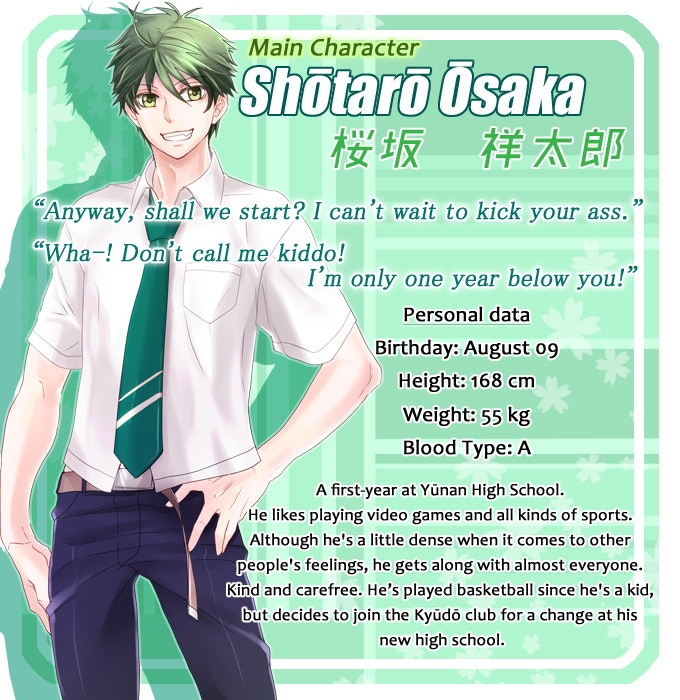 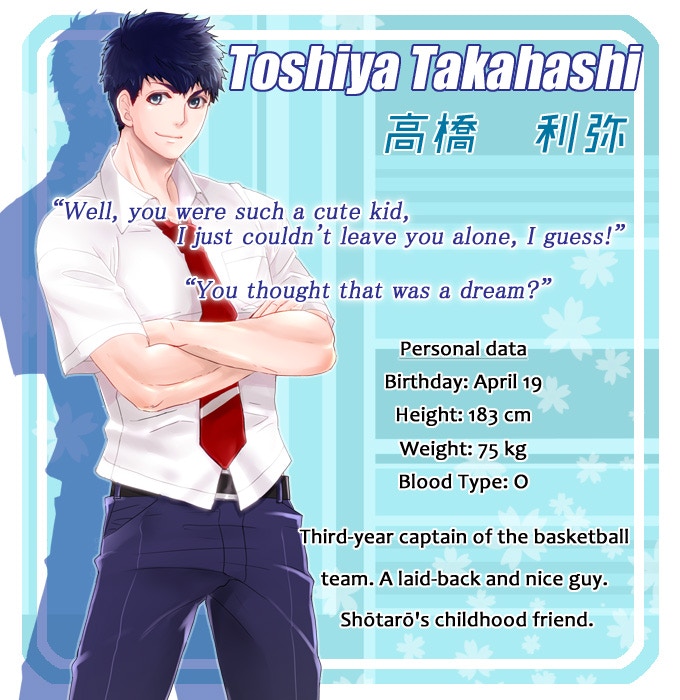 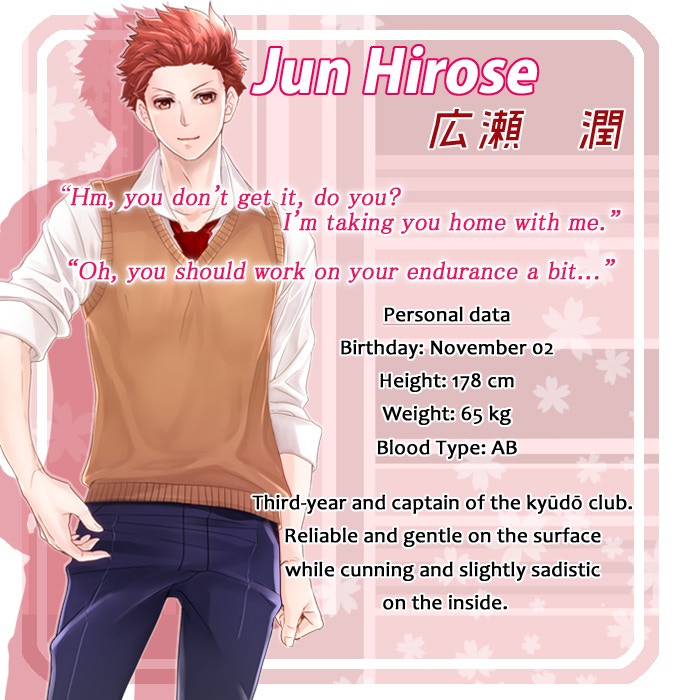 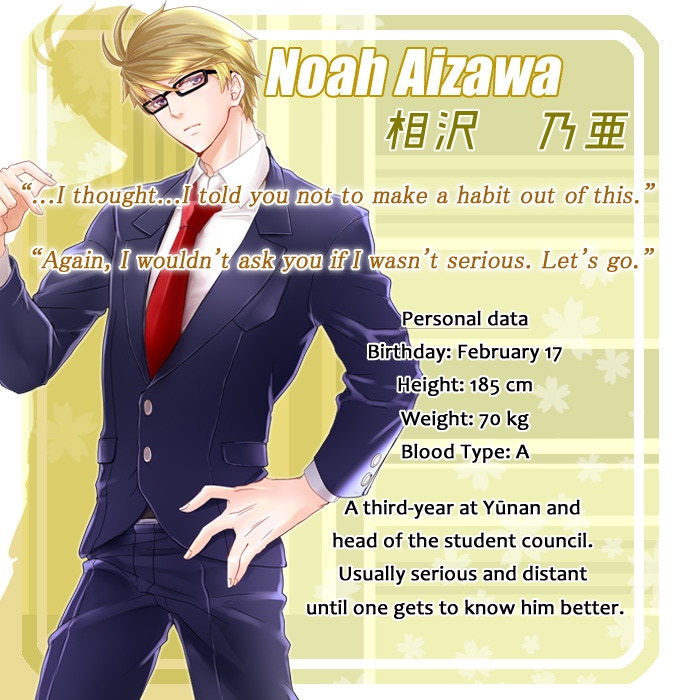 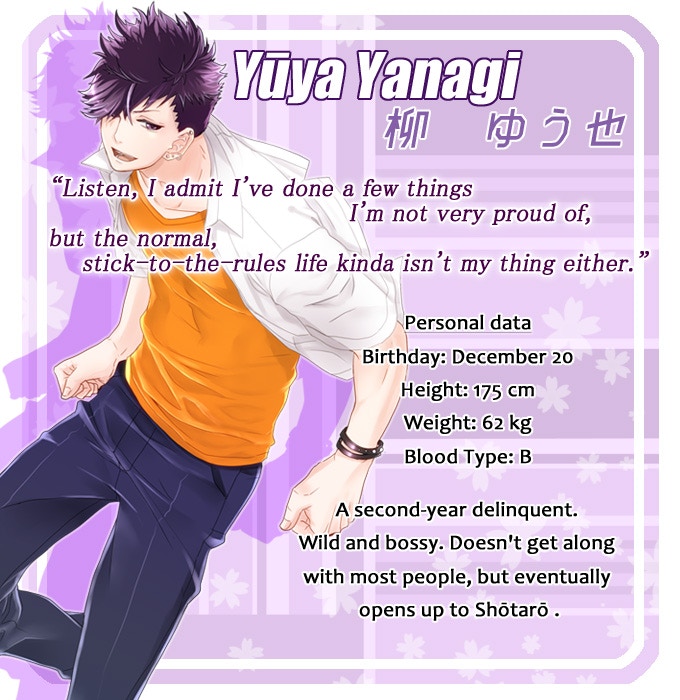 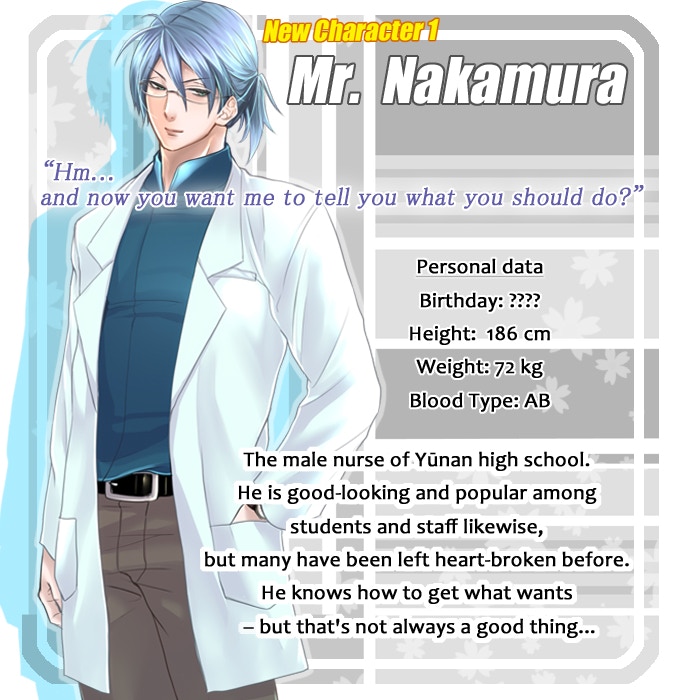 The genres SakuraTempest belongs to are: shōnen ai / yaoi, slice of life, college life.
The amount of comedy and drama depends on the route you choose, but it is overall well-balanced.

This game is currently unavailable

wait is it even done or did i misunderstand that.

YESSS ITS DONEEEE ty so much to the development team!!

some information would be necessary, an update every two months is not enough, thanks

Hi Zelles! You are right! We try to post more updates per month. Please wait for the next annoucement!

its enough tbh their working hard.

Some news about the game? We need an Update ^^

for some reason cannot install the demo via itch.io app

it might stay the same price it is now

Im wondering when is the full game release? ive been looking forward to this game since 2019

We will sell the game again when we reach the "almost finished" status but we will let you know when we are ready. Thank you for your interest!

thank you so much I can't wait

that sketch made me feel things

Hi! I know you have a problems with Steam policies preventing you from releasing the game there, so mb you can release SFW-version on Steam and let us download NSFW-patch from itch?

unfortunately Steam has banned our game. We are not allowed to upload the game again.

But we will find a better solution here on itch.io to let you play the NSFW-Version.

Have a nice day!

It's been half a year since you last updated on Kickstarter, even the pandemic went down for awhile but your game been staying silent like dead.

How is the development?

Where can I buy the game?

This is taking too long for any updates

any updates? everything ok with you guys/gals?

Hey there! Just a quick question about the 2019 contest: do you have any estimate when the prizes will be sent? Will it be after the game is published? I'm just curious. :)

Anyway, I'm really excited for this game! I'm sending good vibes and the hopes of good health your way. ^^

I had pre-ordered the game, do you have any updates on when the rest of the game will be release outside of the prologue? Thank you!

Our artist wants to finish one chapter in March! The best part of her CGs are finally finished! Some fine tunings and we will make a new update for this! Thank you for your patience!

How can I purchase this game? Is it too late??

At the moment we are not allowed to sell. When the game will be completely finished, we will open the sale again. We need the time to finish the game as soon as possible. We will keep you updated!

is the next chapter still dated this year?

Is there a set time of when the chapters will be finished?

This month we want to activate NOAHs CHAPTER. Waiting the last CGs before we activate this part.

Why is there no android demo? :(

is the game completed beyond the prologue? or is it still in development?

It is still in development! This year we will activate the next chapters.

All the images aside from the first one don't work.

can you send us a screenshot pls? support@d-ket.de

on the actual webpage for the game, not the game itself. sorry for the confusion

Excuse me, I'm a backer and I haven't heard news for months, I'm not a itch.io user and now I have to sign up an account myself. We are the backers and we don't have the right to access early to the game which contain more content than the demo itself?

Hi Slovino! We have sent all kickstarter backers a mail which includes the codes! Could you please write us your mail address to support@d-ket.de ? We will send your code again!

we have resent the codes by mail again! if udidnt receive any mails please contact us again!

Is the demo the same as the Early Access at the moment?

No! The early access contains Hardcore image and the story goes further ;-)

We will soon update the first big chapter but we will announce it ;-)

umm...I seem to have a problem with my purchase..when I paid for it, it gave me an issue three times. but the next time it seemed to have gone through...then nothing.

what is the problem? could you download the game files?

The problem had to do with the purchase, or should I say my choice to pay. I  never had a problem with my card before but when I tried to do the purchase the  game an error popped up  that denied my payment. I tried it the three times  and then the next thing you know the error stopped and seemed to have went through. But  when I went through my collection  it wasn't there. I had to re-enter my card  and purchase it again in order for it to be finally go through. Thank god that I wasn't charged twice for it but it scared the heck out of me. I don't think its the game but itch.i.o itself or a hacker which I pray its not the case.

We are sorry that you have trouble with the payment! If there any payment errors please report to itch.io : Have a nice weekend!

When will the routes be completed?

Will this game ever be released on Steam?

Will Yanagi get another stance? D:
It would be weird if he's always kind of jumping/running

Hey, I've paid the game and would looove to support you.

- Please show us Shotaro and Toshiya in their sport outfits during the club race, they won't do that in their uniforms. Same thing about Noah "without his glasses" who just got shown to us with his glasses on. :P (And Yanagi is nonstop in his running/ jumping stance.)

- About this Momoka girl (if I remember her name correctly) has once been mentioned that Shotaro knew her from his highschool times, later it was midschool. Maybe this happened due to the fact that you shoved the highschool setting over to be a college setting instead now.

- There are other mistakes. I remember a weird "the his [...]" term at the beginning. Also the college is sometimes called "Yunan" and sometimes "Yuunan". There are more language issues, maybe because you were Japanease. A native English speaking person should look over it to help you (sadly I'm German *lol*).

Nevertheless please keep up the good work. <3 I'm already in love with it!!

so when do you think all routes will be completed?

Finally.....Failing in steam makes me waiting for a long time

So far, the prologue feels very rushed. Its trying to fit several months into around 5 to 10 minutes of gameplay. I had trouble focusing because of that. The writing is good so far though, aside from a few typos, but they were mostly punctuation issues.

I'm excited for the full release. I love how excitable Shōtarō is, omg.

Question: Are the chapters going to be updated little by little or will they be released all at once when they're ready?

Thank you for playing our game!

We will update it little by little then you dont have to wait too long and we will take care about the typo and punctuation issues! :) Thank you for informing us!

Have a nice weekend!

So is this just the prologue or the full story game with completed routes?

They wrote: Please take note that this is an early access to our game and you can only play the prologue at first. The chapters from the playable characters will be updated at later date.

So I guess that answers that question :)

The setting was not okay for them? Can you elaborate please?

Steam doesn't want games that feature U18 characters in a school setting. Or anything featuring anyone who is a high school student or younger in a game that has romance and/or sex scenes. 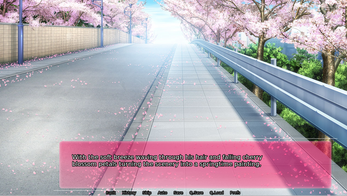 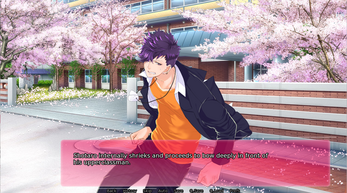 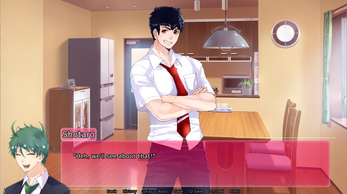